In a growing virtual first world, associations need to own the conversations that happen between experiences such as IRL (live) events, Zoom events, online learning and other peaks of engagement.

Explore how you can use your community to shape conversations your association members are having or should be having around key issues, such as regulations, hot topics, market trends, education and training.

The new age of Community has expanded forums to be engaging professional networks. In this session we cover how you can use new tools and methodologies to enrich members online experience to increase engagement and lead important member and industry conversations.

Attend to Earn CAE Credits. As a CAE Approved Provider for the educational program related to the CAE exam content outline, this program may be applied for 1.0 credits toward your CAE application or renewal professional development requirements.

How to Submit Questions

The CIO Hour will be recorded each month in case you miss it. However, we hope you attend and engage with the industry experts and other participants regularly so you continue to boost your IT-IQ.

The event is finished. 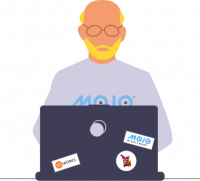 Stay Up To Date

Subscribe and be notified when new episodes and resources are released.